my patron saint - Catherine of Siena

I remember being asked very early in my ordination process who I considered my patron saints. This very low church Protestant girl did not have an answer! Since then, I have gained several, but none more important than Catherine of Siena, whose feast day is celebrated today, April 29.

Catherine was her mother's 24th child of her mother (who herself deserves sainthood) and spent her life working within the church to reform it. She corresponded and counseled various popes, and was known as a mediator and bridgebuilder.

A modern icon of Catherine shows her holding a sailing ship on her shoulder, a symbol of the bloated and dominating church of her time. The story of her death is likewise compelling; she was meditating before a mosaic of Peter's fishing boat when the boat left the mosaic and landing on her shoulder, crushed her. What a way to go!

She was both a mystic and an intensely practical woman. She spoke truth to the powers and also dedicated herself to the renewal of the church.

In 1990 I visited Siena and took this picture of her monastic cell. When my friend Alexa and I came upon the rooms, we were directed in by a grumpy, long-suffering nun who was no doubt wondering what she had done to deserve such a ministry: pointing loud tourists to a monastic enclosure. But I do remember the visit fondly, and give thanks for Catherine and ask her prayers today...for myself and for all those dedicated to the reform and renewal of the church. 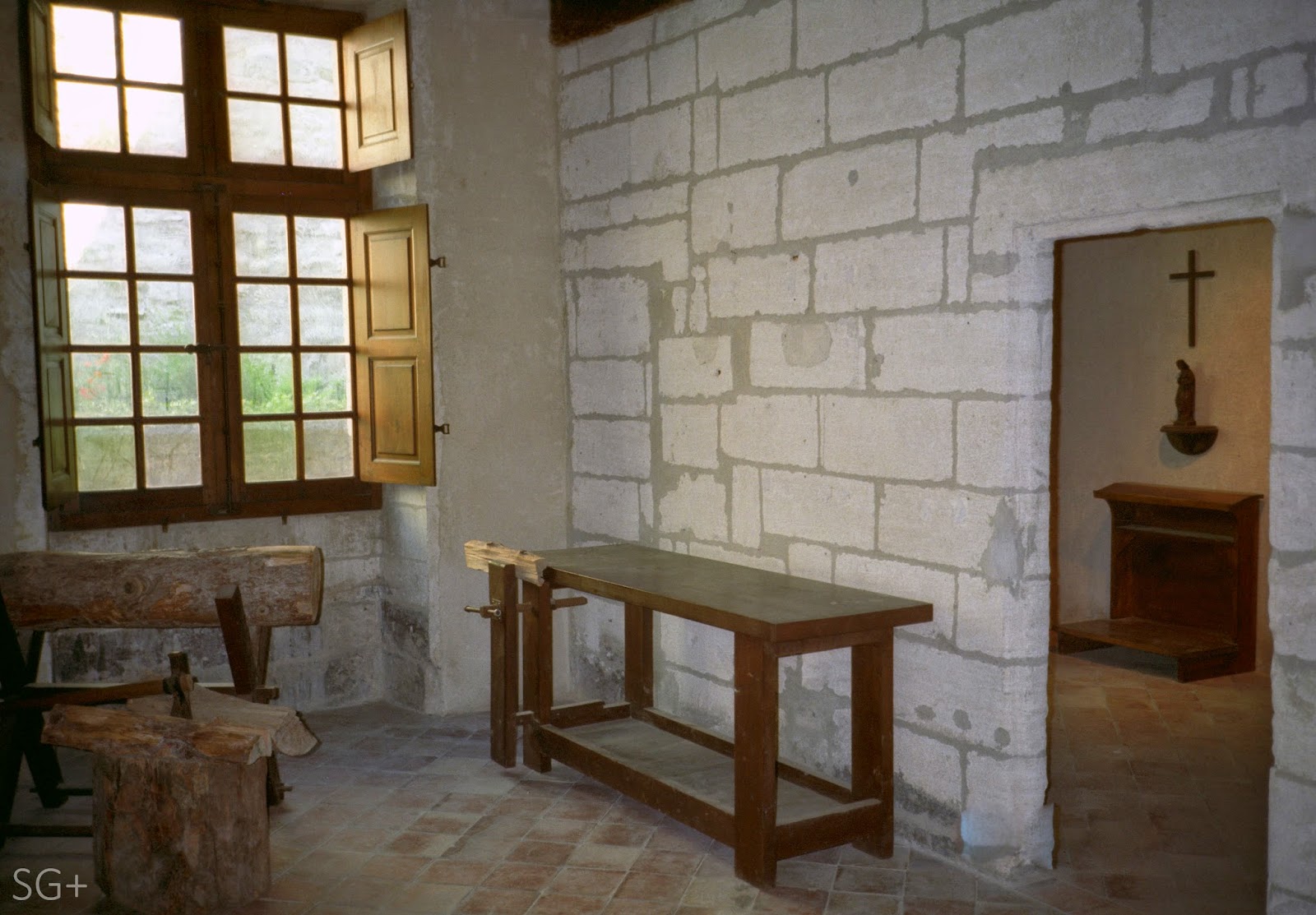