Why the Monday of Holy Week will always matter to me.

According to the Western rite, Easter "is always the first Sunday after the full moon that falls on or after March 21. It cannot occur before March 22 or after April 25."  This year, Orthodox Easter happens to also fall on April 20. There is also a movement to change Easter from "a movable feast" to a "fixed feast" for all Christians, but the likelihood of agreement on that is, well, the dream of a lifetime.

For now, we simply live with a movable feast called Easter, the Sunday of the Resurrection. That means that Holy Week (the week starting with Palm Sunday and concluding with Easter) is also movable. And for me, the Monday of Holy Week will always have an important place in my heart, since it is the day my mother died in 2004.  The actual date was April 5 that year, but like today, April 14, 2014, it was the Monday of Holy Week.  Mom/Madge, I am praying for you today, please pray for us.

The work day started at 9 am at church, where some parishioners and I were working on Holy Week stuff. I received a call from my mother's caregivers, distraught that they had found her collapsed when they went to her home. I could hear the sirens of the paramedics in the background, confusion reigned. A few minutes later, my aunt Gerry called and said she was on the way to meet Mom at the hospital. I got into my car and started driving to Santa Cruz, after alerting my brother Peter.

The day began to take on that surreal no-time quality when everything slows down and speeds up at once. I got into San Francisco and was at the corner of 25th and Fulton when the ER doctor called to report that Madge had suffered a massive cerebral hemorrage, and what did I want them to do. Thank God Mom and I had talked, and I knew what to say. And I asked the doctor please not to call me again, no matter what. I could only drive so fast to Santa Cruz.

I arrived to find Aunt Gerry and Madge there. The staff took us to a quiet room where Madge could be cared for compassionately. The hospital chaplain came. We talked to her, prayed, cried, sat quietly. We told her Peter was coming, and he did, around six in the evening. And after we had talked to her for about five minutes, she took her last breath in and was gone. And I knew that she was finally at peace, that the struggle had ended. That she was in some way (that I surely do not understand this side of the grave) with Bill, as my dream several days before had foretold.

The rest of the week was a blur. Amazing friends and colleagues appeared and took all the services at Nativity. On Easter Day, with Madge's ashes under the altar, I presided at the Great Thanksgiving on the Sunday of the Resurrection. Which was absolutely perfect.

My mother's last years were hard and I don't have a lot of good pictures of her from that time. I combed through my albums and found this one I love. It was taken at my apartment on Jones Street in San Francisco circa 1984. She was in the prime of her second career as a decorator and outdoor furniture consultant. Mom, on this Monday of Holy Week, rest in peace. 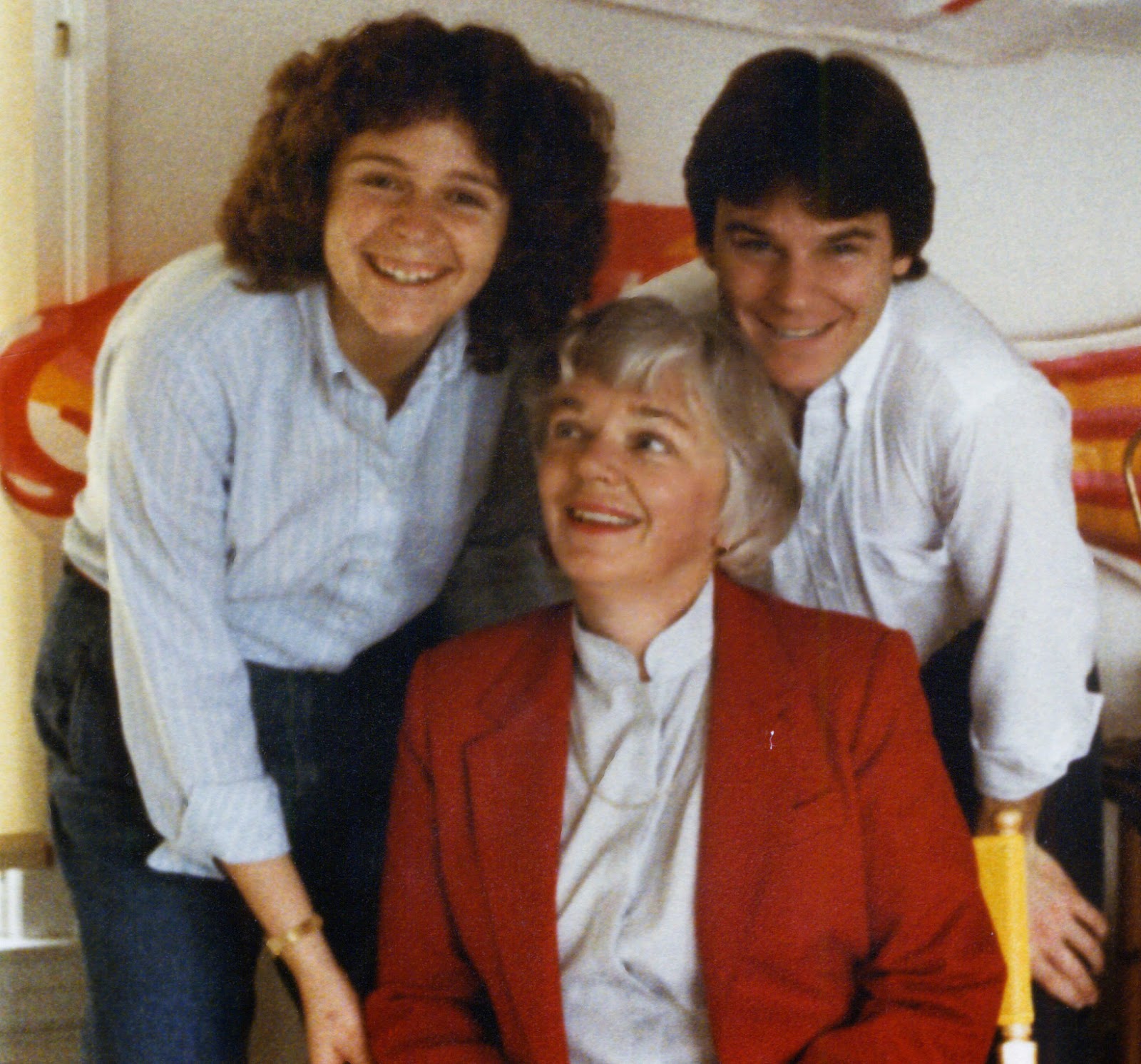